Consumer rating dictates. Let’s face it right, for instance whenever we are faced with the decision to buy something, consumer ratings play a big roll. Sure, there are times where an app was recommended by a friend, we can’t all deny that, but whenever that’s not the case, a few more or less stars will define which note taking app we’ll purchase. Thanks to Google Play Store, it has been doing ratings ever since day one for its apps.  But then this is silently changing.

A very new and welcomed change to Google Play Store is being rolled out by Google. One to five stars would be seen in the past on an app depending on how consumers rated it. The recent one actually a good idea. Today, you will only see a star and a number beside it that details exactly how well the app has been rated in a numerical value instead of an amount of stars.

Even though some of us did prefer the visual aspect of seeing more or less stars on a list, this new change helps add some clarity to the rating information. Have the judgment over which way works best for you. Stay tuned, this change is on its way coming. Soon will be rolling out to your devices. 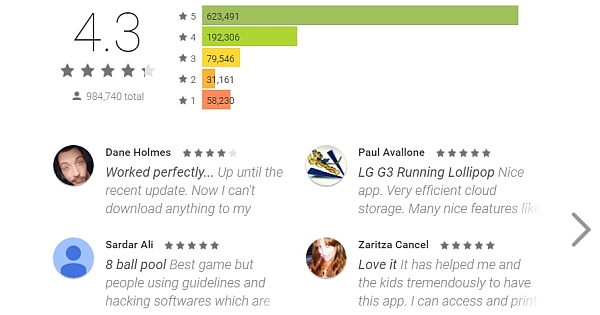