Just like many other countries in the world, Koreans are also addicted to smartphones. They are using these phones with their own cultures that encompasses all kinds of business that operate around them. For instance, in an average Korean family, you will find some are watching TV, some are messaging with the smartphone devices, whereas others are playing a game.

Today, these smartphone instant messaging apps have widely grown among the youthful Koreans, the young people are using then in communication and fun. The following are the seven widely used smartphone messaging apps in the country.

Almost 99% of the Korean population use this application. Actually, if you are in Korean and among the inhabitants, you will not go for more than five minutes before hearing the little ‘Kakao” notification sounds “Uh-oh!”. This kakaotalk app is linked to the user’s phone number and thus the contacts are synced automatically

You will admit that the Facebook app is widely used in many parts of the world. Koreans have advanced in the use of the Facebook messaging app. This app is not only used for chatting with friends and sharing ridiculous pictures but also as a learning management tool. They are setting up a group account where they add students and upload lesson plans. With it, they are able to interact professionally.

There are different subway map applications that are used for interaction between the Koreans. These apps will show you where you are and as well the fastest and easiest way to get to where you are going. You will also be notified the time that you will need to get there and the train schedules.

Some of the popular sites in Korea are Daum and Naver. Naver is a highly useful map tool and search engine. This app is just like the Korean Google. It also has got other features like books and images. The app is also useful in communication.

Although this app sounds like it is not an instant messaging app, it can be used to translate texts of pictures, e-mails, SMS, and voice. You will need internet connection to use this app successfully. The app translate information from English to Korea faster and easily.

Have you ever thought that you can use a Food Guide app for instant messaging? Well, in Korean the Korean Food Guide is used among coworkers and couples by sharing dietary tips. With this app, you can just copy a diet tip or short recipe and share it to your friends, soul-mates, or family members with other apps instantly. The app was created by Seoul Eats.

This app will require you to understand some Korean. More so when you are looking for information and data that is detailed, you will need to understand some basic Korean. Information for time and places can easily be understood even without a knowhow of the Korean language. This app covers bus routes and schedules and will also inform you where the nearest bus stops are. You can easily share information with other instant messaging apps with your friends and family. 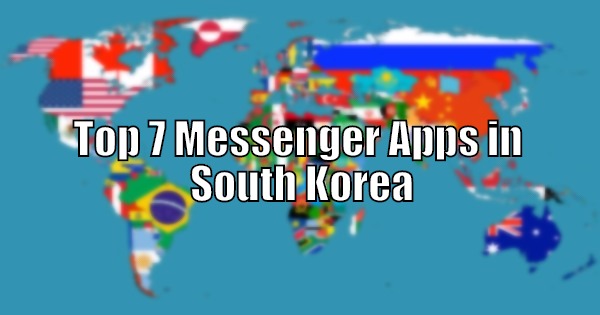