Messaging apps have gained popularity across the world, such that Facebook acquired Whatsapp last year, but since then other mobile apps have taken the center stage is the world of instant messaging. Such apps are originating from different parts of the world from Gurgaon in India to Silicon Valley in California.

The following are the ten widely used instant messaging apps in Canada. These apps are also used widely in other parts of the world.

Whatsapp is based in the United States, currently it has got over 700 million active users. This app is now under Facebook’s ownership and available for Symbian, Blackberry, Windows Phone, Android, and iOS. This app has been used widely by youngsters and adults in Canada.

The Viber app was bought by Rakuten, a Japan-Based e-commerce and internet service company for about nine hundred million dollars. Viber is widely used in Canada among the young adults for sharing texts, images, and group chats. This is a Cyprus based app.

WeChat is owned by Tencent, which is the largest internet service provider in China. Since it was founded, five years ago, the apps has attracted millions of users around the world including Canada.

The Line app is widely used among the teens. This is a Japanese based app, whereby it is owned by Naver. The app has got over 500 million registered users. It also has got cartoon stickers that are teen-friendly.

KakaoTalk is a South Korean messaging app that has attracted users around the world including Canada. In an effort to integrate the U.S. service, the KakaoTalk app Partnered with Evernote back in the year 2013. This app is widely used by youths.

Kik messenger is a Canadian based messaging app. The Students of University of Waterloo founded this is messaging app back in the year 2009. Currently, it has recorded over 200 million registered users with over 130 mission daily active users. Over 200,000 new member register on a daily basis. The app operates in Ontario, Canada.

The Tango messaging app is based in the Silicon Valley- U.S. This app is utilized in over 224 countries around the world among them being Canada. It also has got over 200 million registered users.

The Nimbuzz messaging app is based in Gurgaon- India. Currently, is has got over 200 million registered users. The app was founded back in the year 2006. It focuses on voice over internet protocol, messaging, and also social networking.

The MessageMe instant messaging app was founded in the year 2012 whereby it has its birth in San Francisco. Its communication has been widely enhanced with photos, music, and stickers. The app is also used in Canada, though not widely. It has recovered over 7 million active users. 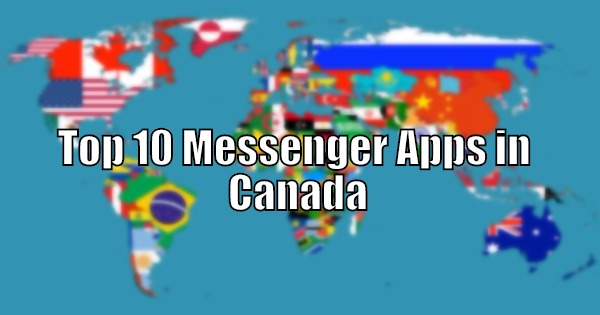