The number of mobile messaging apps that have been released are very many. They are growing day after another. Whereas there are some apps that are widely used across the world, some are only used by a given state or continent. Japan is an Asian country and there, most of the instant messaging apps that are used by the Japanese people are either from japan or Asian based.

Other internationally used apps like Facebook and Whatsapp are also used in the country. The following are the top seven widely used messaging apps in japan.

Chikka is a Philippines based app. This is an Apple app that is sitting at the 28th position in the App store for Apple for the fun and social networking category. The app has received hundreds of thousands of downloads. Among the countries that widely used this app is japan and Philippines.

Comm is a Japanese app that was created by DeNa, a social gaming platform. This app came out late last year, and it has got over 5 million users most of them being Japanese. It has got some few similarities with Facebook, like the left hand side tab bar.

The Cubie app is a Taiwan app. This app is widely used in the Asian counties. With is users can draw pictures and as well add text bubbles in these pictures. Other features include the ability to send animated GIFs and the “Facebook pop-up-like feature”.

The GREE Messenger is a Japanese game platform that is widely used for interaction. This app has somewhat stepped out of the game platform to the chat applications arena. Currently, it carries some basic features although it has been positively received by many in the country.

The Korean KakaoTalk is widely used in the Asian countries including japan. This app allows its users to schedule and create and event with friends in their chat window. Users can still create their own themes when using this app for interaction and social networking. The app also allow its users to download and play games separately with their friends. This app is widely used by teenagers.

The line is another Japanese app in the world of instant messaging. This app has been downloaded and used by very many people in the country and across the world. Line allows its users to play games, send pictures, drawings, and cards. This app also pushes companies’, lotteries’, and celebrities’ info to the chat screens of the users.

The Vietnamese app, Zalo is just like the KakaoTalk in terms of its interface. This app was made by sVNG; that was formerly the Vina Gaming. The app has accumulated users among the Asian countries at amazing speeds. The app allow its users to send drawings. 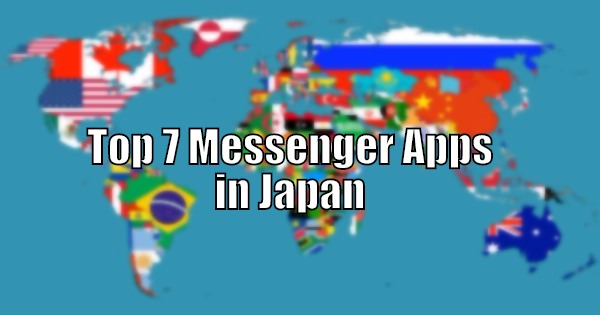