Such apps are used for communication and interaction. The following are the seven widely used instant messaging apps in the UK.

Currently, Whatsapp is among the most popular messaging apps across the world. This app allow you to send photo messages, text, audio, and unlimited short videos. You will not need to pay carrier fees for the voice calls and SMS. You will need Wi-Fi or data connection as the app requires internet connection. Users can also create group chats.

Viber is another instant messaging app that has gained popularity both across the world and in the UK. With Viber you can easily send and receive internet voice calls. You will therefore need a data plan or Wi-Fi connection for you to share SMS text messages and voice-calling. Viber messages include texts as well as photos. There is also a feature for group messaging.

The Line app gives you an opportunity to share free instant messages with relatives and friends. You can also create and successfully use group chats. With Line you can share free video and voice calls over your Wi-Fi or data connections. You can also share videos, photos, contacts, location information, and voice messages.

Voxer is among the new generation’s “Walkie Talkie” apps. This apps allows you to send multimedia and voice instant messages to any other contact with the push of a button- that is why it is referred to as “walkie talkie”. The message will be played via there smartphone’s speaker if their phone is on. But in case it’s off, it will be saved as a voicemail message. Other features include group messaging, VOIP calling, photo messaging, and standard text.

Keek can be simply termed as a video version of Twitter. This app allow its users to share after recording status updates for up-to 36 seconds of the recording time. The videos will be recorded in this app, by either looking on the phones camera or doing any other actions that you like. You can then upload the short Keek videos on Facebook, Twitter, Tumblr or any other page.

Tango is a complete free app that has gained a lot of popularity in the UK. This app has got a wide variety of features that encompass sending text messages, free phone calls, video calls and as well ability to share pictures. You will need a data or Wi-Fi connection for you to share phone calls and texts over this app.

With SnapChat app, things are a bit different. Images will be automatically deleted after they have been viewed. This app can be termed as a fun app rather than something for serious communication. You will be able to share images privately and quickly. It has an in-built self-destruct timer. The videos and images can be viewed for upto ten seconds before being deleted from the receiver’s phone. 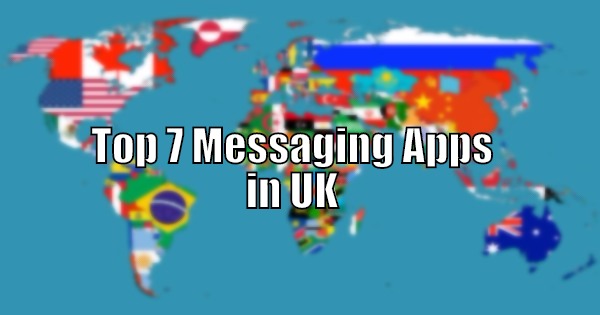