The Russian people are somewhat different from the Westerners when it comes to the types of instant messaging apps that they use. Surely, some Russians have got Facebook and Whatsapp, although majority of them keep in touch with one another via other messaging apps.

If you are planning for a business trip in the country, or you are just going them for a short tour, it is good to familiarize yourself with the widely used communication options in the country. The following are top 4 widely used instant messaging apps in Russia.

Telegram is available for free download for iOS and android. This is a mobile app for the post-Snowden age. This application has been specifically aimed at the users who are security conscious. Some of its features include secure chat mode, encrypted chat messaging that has got client-server encryption, ability to share documents, participate in group chats and as well share videos.

The Windows Messenger or ICQ or AIM are familiar, more so to those people who used them in the late 90s. Many people have opted to replace them with Facebook, Whatsapp, and G-Chat. Thus, for most of us it might seem like an old-fashioned way of communication, but for the Russians this isn’t the case. Today, the Russians are using the AIM app to communicate with family and friends on a daily basis. In case, you don’t know how the app looks like or you have just forgotten; you can just think about the Skype app. This app has got a similar interface only that is has got not call function- only the chat function.

VKontakte is the Facebook version for the Russian people. This app is an exemplary great way to keep in touch with family and friends. You should be otherwise be aware that the VK private messaging services are basically not used in the same extensive way like Facebook by the Russians. Generally, you can easily send few notes to one another via this app. This app is mostly used for “show”, whereby users post things like photos, stories, and other life events. It is very hard to find a Russian who owns a smartphone but doesn’t have and use this app.

Fortunately, in Russia there is an overlapping instant messaging methodology with the Westerners. Many Russian people, more so the advanced ones and internationally oriented have the Skype app and still use it on a regular basis. Most of the international call from and out of Russian take place via Skype, basically because calling the Russian phones is usually fraught with noise and connection issues. The Russians mostly use Skype for calls and VK for chats.

Viber offers similar services just like Whatsapp. It only has got and added integration, like Skype, for making call over the connection of data or Wi-Fi. This app is popularly used in Russia. Thus, in case you are on the look of some of the ways to keep in touch with friends and family on your smartphone device, consider downloading this app for free. 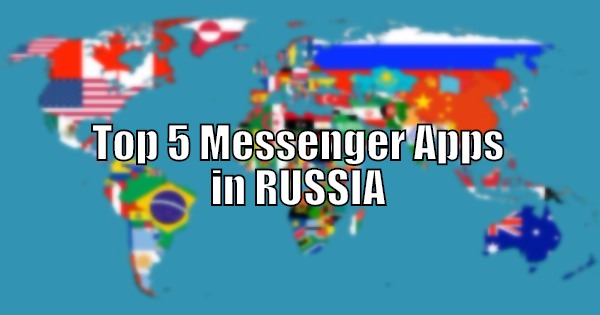