Messaging apps are receiving constant improvements in terms of services and usability. These apps are launched day after another amid other smartphone apps. The new apps come with something differing on top of offering the users with an instant messaging platform.

For quite some time, the IM+ app has been present in the market. This is a nice way to juggle all the available networks for those people who are wondering on what service to use. The IM+ app has been an awesome alternative for the Facebook Messenger. It supports very many networks across the world. The app is widely used in European countries including Italy. If you are looking for something to send instant messages, then you have all the reasons to consider this app.

Quite some time ago, when Whatsapp was suffering from serious server outages, the Telegram app rose to the top. This is more so in the Western countries. This app is very speedy and secure when using. The app is free and it’s also free from ads. There are also no any pesky subscription fees required when using this app. With it, Italian users chat with either single contacts or group chats. Telegram has got also an attachment support. Since its last update, the app looks very nice.

The Skype app is currently owned by Microsoft whereby it has widely replaced MSN Messenger. The mobile Skype app is widely used in Italy for both international and official communication as well as social networking among friends and families. This is a very decent IM apps for messaging, video calling, and audio/voice calling.

Whatsapp is widely used in the world. This app is widely used among the teens and young adults in Italy for social networking and interaction. The app was bought by Facebook for over $19 billion dollars, something that explains the massive usage of the app across the world. With this app, users can send texts, photos, short videos, and emoticons as well as make voice calls.

The Google hangouts is also another widely used app in Italy and other parts of the world. This app combines your Gmail account with your SMS number therefore bringing everything into the app. Some of the notable features of hangouts include rolling voice calling, animated pop-ups, stickers, and other emoji selections that are great and easy to use. 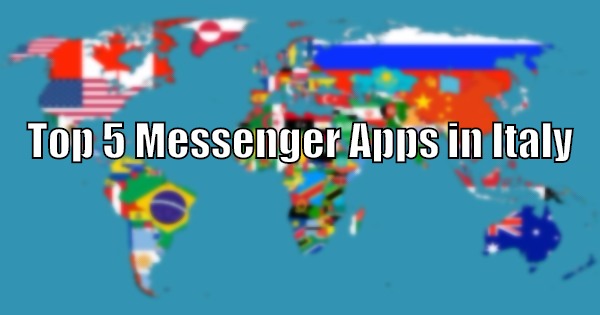