In the China’s internet services market, the mobile instant messaging has been a key arena. With the rapid growth in the mobile internet usage in China as well as over 843 million smartphone users, the country has launches a new wave of mobile chat and messaging services. Such chat services are used to channel traffic to other different websites and apps.

The SCMP staff reporters examined the messaging market in this country. Both the smaller firms and dominant firms have been considered. The outcomes was the following five apps that have not only gained a lot of popularity in China but also have offered innovative services.

WeChat has got over 500 million active users around the world. This is somewhat lower when compared to Facebook Messenger and Whatsapp that have got over 600 million and 700 million users respectively. This is the dominant instant messaging app in China. WeChat is a China based app that is owned by Tencent. The app was founded in the year 2010 and has since gained popularity since then. In the first year, this app had only fifty million users. Tencent has expanded the features of this application into a mobile platform that has got gaming, payment, and social media.

Mobile QQ is another Tencent’s app. This app was first released in the year 1999 whereby it had the name OICQ. That name was later changed to QQ. The mobile version of this app has got over 570 mission active monthly users. This app has remained a widely popular platform and service for chatting, shopping, and also gaming. The growth of this app s somewhat slower than WeChat.

Momo was once a dating app that has since been turned into a social network. With the Momo app user can connect with others in the same location and as well share photos, audio notes, and free texts. Most of these photos, audio notes, and free texts are meant for dating and flirting over the internet. Most of its sales are generated from the membership fees (subscription), and also from the sales of games and stickers. By the end of last year, this app by Alibaba had over 70 million active users.

Alibaba is an e-commerce giant, and therefore, it was in need of an app that could be used for communication among its customers and users around the mainland china. This is the origin of Wangxin. With this app, buyers and sellers can show status messages around the huge market place about make announcements, shop, and as well keep in touch with customers and customer services that have got offers.

Youni is owned by Shanda, a Shanghai-based online games and book publisher. The app is a messaging and mobile commerce app that can be easily linked to a user’s bank account to enhance the transfer of small sums of money. With this app, users around China can trade unused items, buy personal loans, and make donations. 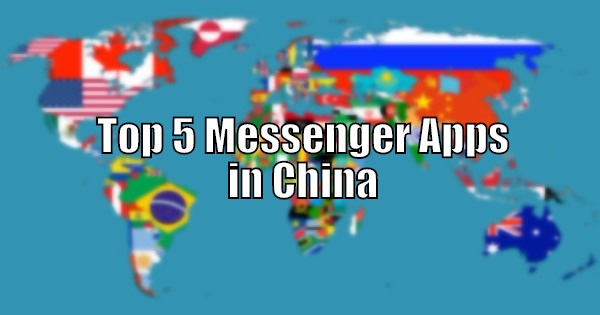