Things are getting wrong in tablet land. On the other hand consumer have run out of ideas about  the tablets maybe  what’s  remaining  is to use them to babysit kids, watch video, or travel with them when it’s too annoying to carry a laptop. The effects have extended to the business front. Computer manufacturers are now desperate to make tablets, and they are producing half-laptops. People have switched from buying tablets anymore. Smartphones come with excellent features similar to those embedded in a tablet. This change of behavior and attitudes among consumers make it hard for tablets makers to upgrade the cycles. Therefore, tablet making business is in jeopardy bearing the indirect competition that comes with smartphones. This phenomenon is the reality facing Samsung Galaxy Tab S2, an immediate upgrade from the Samsung Galaxy S.

The question remains, will Tab S2 still play its role? The device has great features because it’s fast, powerful, slender, and good looking. In designing tab S2, Samsung was trying the concerns of the customers about Tab S. the features were, slow performance of the former and aspect ratio ideal for movie watching. The new model truly features iconic features appealing to every customer. For instance, it’s light in that you may even forget you are carrying it. It’s the world’s thinnest tablet. It’s large and, therefore, gives a comfortable experience while handling. Its artistic design is just but wow.

Tab S2 has a Super AMOLED display, and if we use the technical terms, we can only say that it has a lower pixel density as compared to the previous version. It has a superb resolution of 2048 x 1536.  Besides, it features an indiscernible, rich and vibrant display. The aspect ratio is modified featuring a 4:3 ratio compared to 16:10 from the last year’s model. This great difference because the current aspect ratio makes it ideal for multitasking rather than been a movie watching device.

Other features loaded in the tablet includes; a 32GB of internal storage, it’s the only tablet with Wi-Fi connections. The price of the device is well negotiated and hence affordable. Despite the features mentioned above, many customers have a negative attitude towards this device. Some feel that Tab S2 has not improved the processor from the previous year installed on the Galaxy Note 4 smartphone. It still ships at an outdated Android version (Lollipop 5.0.2). This feels very old if you have experienced new Samsung mobile devices and denied users the premium feel. The tablets megapixel rear and megapixel front cameras are similar the specs of the last year’s model. Its battery is disappointing probably due to its size and cannot run for many hours. 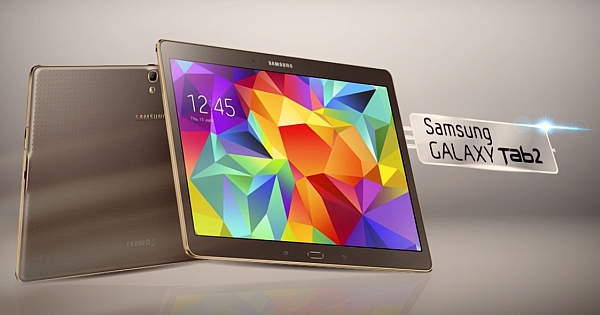