Instagram has just rolled out a brand new private messaging feature that hopes to get a step up on its competitor, Snapchat. After coming up with its own version of Snapchat stories, the new Instagram Direct will combine the old disappearing photo and video capabilities with a more traditionally permanent instant message in the same threads.

Silly selfies will still be an option, artistically marked with embellishments and creativity within an on-going message thread. However, after Instagram noted increased usage, from 300 million users to 375 million users, they have decided that the feature is popular enough to be placed in the spotlight within a single setting.

As soon as this option was released to the public, Snap Inc saw a drop in their share prices by nearly three percent. This shows that the stock market itself sees what a threat Instagram Direct is to the popular Snapchat messenger.

The company also noted that most direct messages go to the same friends and that most people have a group message size of only two to three people.

When Instagram direct was first launched in 2013, the only way to start a thread was with a video or picture. After that, you could then text about it, but the option to send an image reply to the original message was not even possible. The ability to have visual discussions, which came in 2015, caused the growth of the platform to jump by exponential numbers. They were finally up to 300 million users, from 85 million when the whole thing started.

In the latter part of 2016, Instagram had caught on to the popularity of Snapchat among teens that seemed to greatly enjoy the quick back and forth visual conversations. With the camera taking the place of the keyboard now, Direct realized it needed to adapt to the breaking new trends.

Instead of completely changing things all at once, Keith Peiris, Direct’s Product Manager, decided to go slowly, adding only a few elements at a time. Story bubbles were first places right above the inbox, with the permanent chats just beneath that. However, seeing that the overall situation was a little more complicated than he wanted it to be, Peiris decided to focus completely on messages that were visual in nature over the entire Direct experience.

Direct users still do not have the option to send disappearing messages, as is the default for Snapchat. 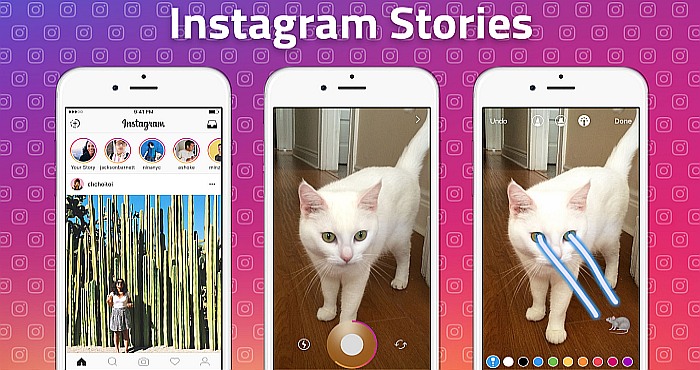