After a disappointing year in 2015 where both the One A9 and the Desire 530 failed to meet the expectations, HTC is back with a bang with its HTC 10 phone. The HTC 10 is an excellent device with both the build quality and the software going for it. If you take a first look at the HTC 10, you will find that the design of the phone more closely resembles that of Samsung Galaxy S7 or an iPhone.

But that is not to say that their build quality is bad. As is the norm with HTC, they proudly make their phones to have an all-metal body. This gives the phone an elegant feel to the touch. The HTC 10 has two separate spaces for the nano SIM and the microSD card, which is a little different from what is found on other phones where the nano SIM and the microSD card are both housed in a single tray.

HTC 10 has a 5.2-inch quad-HD display, and with its 2560×1440 resolution gives the phone a very pixel dense screen. The display utilizes LCD technology, which means even though colors will not be as vibrant as Samsung Galaxy S7 which uses a Super AMOLED display, the colors on the screen are plenty bright. There is however a slight tinge of pink on the display when looked at from the side, but this is a minor flaw.

The Sense UI on HTC 10 is much improved compared to its other versions, and is closer to the stock Android experience. The icons are simple and clean. The phone kills off the useless and duplicate apps that usually clutter an Android phone, which is undoubtedly a clever addition. There is a new app called Boost+ on the phone whose main function apparently is to keep the phone running smoothly by deleting junk files and clearing cache. But it has another more important function in that it lets users lock certain apps. BoomSound is present in HTC 10, albeit in a different form. The main speaker is in the bottom with a dedicated amplifier for both the tweeter and the subwoofer.

The camera on HTC 10 is still employing ultrapixels, for both the front and the rear-facing ones. Both the cameras have optical image stabilization. Ultrapixels have a larger pixel size compared to their megapixel counterparts, which means low-light shots come out very nice.

Even though the HTC 10 has its flaws, still it easily claims its place among the best smartphones for 2016, and the best HTC has offered in a while. 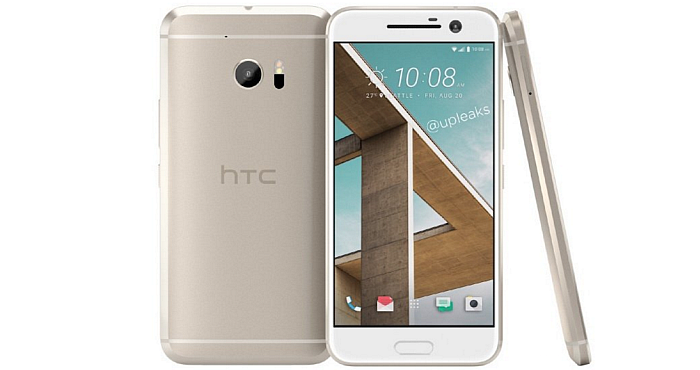 Posted in Reviews Tagged with: HTC