The landscape would have been different had Nokia adopted Android as its smartphone operating system (OS). Instead, it cast its bets on Windows Phone, a smartphone OS beleaguered by a growth-stunted app ecosystem. With Lumia, Nokia continues a time-honored tradition of excellence in design dating back to the candy bar 5110 of the late nineties – even the fashion-savvy, problem solving gladiator Olivia Pope picks the Lumia as her phone of choice. But one can’t sell smartphones on design alone, and with Windows Phone at its core, Nokia isn’t the powerhouse that it used to be.

That’s why when rumors swirled of an Android-powered Nokia phone in the works, we had high hopes and great expectations.

Perhaps we expected too much – when the Nokia X arrived last March it was a big let down. Not even impeccable design and trademark sturdiness could overshadow the fact that the device was merely a rehash of existing devices without the essence of the Android.

But with barely a noticeable price margin between the Asha and the Nokia X and striking similarities between their designs, one can’t help but look for differentiators to justify their co-existence, a value-added to warrant the creation of a separate product class.

One could argue that the Asha is a feature phone and the Nokia X a smartphone.

Feature phones are typically closed systems that do not not allow third-party app development. But the Asha isn’t your typical feature phone with apps and OS updates that make it feel closer to a smartphone, close being the operative word.

Any smartphone manufacturer worth its salt has taken Android and given it its own spin, most notable are Samsung’s TouchWiz and HTC’s Sense. Nokia’s take on Android 4.1.2 Jellybean (three updates older than the current iteration of Android) is inspired by its other phone offerings.

BORROWED DESIGN. The Nokia X has a tiled home screen like on the Windows Phone-powered Nokia Lumia smartphones.

There’s no Google Play on the Nokia X leaving users with Nokia’s curated Android Store as the main source for apps. Like on Windows Phone the app selection on Nokia’s Android Store is paltry, and searches for commonly used apps like Chrome, Instagram and WhatsApp lead to a dead end. Other Google apps like Maps, Gmail and YouTube are unavailable also. 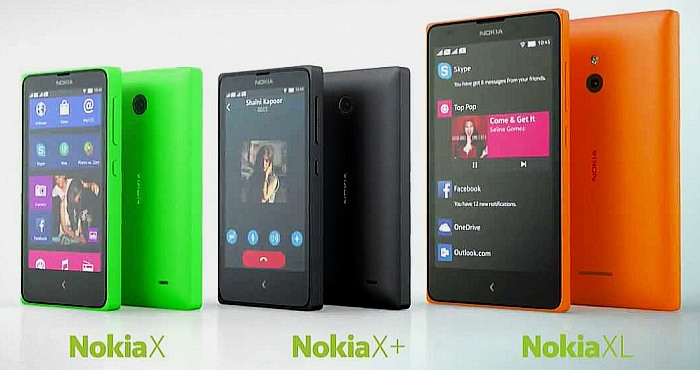 Posted in News Tagged with: nokia