As we are moving closer to the release date of the new iPhone, people are in great expectation of what apple is preparing to use for the celebration of the 10th year anniversary of the iPhone series. Moreover, some examiners foretell that the iPhone 8 will sell more than the iPhone 6 because there are greater numbers of iPhone users waiting to upgrade to the new iPhone 8 this year.

For this reason, this article is prepared to orientate those who want to know more about the specs, price and the release date of iPhone 8 or the 10th year anniversary phone as some people will call it.

According to the latest rumor from DigiTimes, apple is preparing a 5.8 inches phone that will feature a combination of glass and steel instead of the aluminum used for making the iPhone 6s and 7. However, the phone will feature an A-11 processor for faster processing with iOS 10.02, which is upgradable to iOS 11.

The iPhone 8 will have a 16 MP dual lens camera at the back with dual led flash and a 4k video recording feature. It will also feature a 8 MP front camera that is software enhanced for a memorable selfie. However, the iPhone 8 is believed to have a 3000mah battery power with wireless charging feature, which will be the first of its kind on an iPhone.

The iPhone 8 is said to feature more module like the fingerprint scanner, which will be embedded on the iPhone screen, an iris scanner that can serve as an alternative to the touch ID, a 5G technology, a virtual home button, it will support the apple pencil, and it will have an enhanced water resistance capability among others.

Since the smartphone will be used to mark the celebration of the 10th year anniversary of the iPhone series. We believe it will be the beginning of a new thing for apple and will be the best iPhone so far. Therefore, for this reason, the iPhone is expected to be more expensive than its predecessor and by this, we are expecting it to be sold around $1000 USD or even more.

However, if apple follows their usual plan, we expect the iPhone 8 to be announced around September 2017. Till then we will continue to update you about the change in the specs of the mobile. 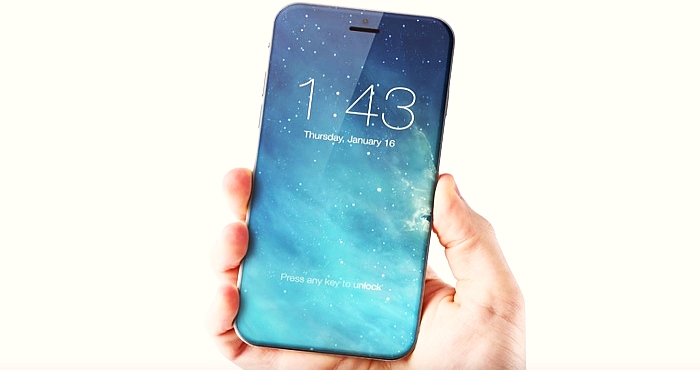