Back in August, Forbes reported that nearly twenty Kik Messenger profiles were found to belong to those either charged with or sentenced for pedophilia. The owners of the app, which has huge popularity around the world, have promised to do a better job to remove accounts “for users who have been convicted of crimes related to child abuse”.

I had previously been unclear exactly what efforts this company had taken to remove the aforementioned profiles. With nearly fifteen million users who are active on Kik, and more than half of them in the 13 to 24 years of age range, it appeared that they had only deleted one single account listed in the investigation by Forbes. In this investigation alone, more than twenty-five Kik profiles were linked to horrible crimes against children. Most of these accounts were active and most account owners in question were found guilty of the crimes of which they had been accused.

Finding Kik profiles linked to crimes against children is quite easy. Using terms such as “username” and “Kik” in the Department of Justice through Google, will provide quick access to profiles of those convicted of crimes involving child abuse.

Of those convicted of pedophile charges and child abuse, some admitted encountering child pornography for the very first time on the Kik Messenger. Some of the accounts of the guilty parties were still active, even though they were in prison serving time for their crimes.

After being supplies with a complete list of names that were linked to activities of an illegal nature, Kik finally acted. They terminated users that were linked with verifiable information as a convicted offender. If they could not find public information, however, they did not delete the accounts.

In continuing with the investigation regarding exploitation of children on Kik, Forbes purposefully created several fake profiles. These profiles were of supposed fourteen-year-old girls and they immediately caught the attention and contact from male users. Some of these users sent content that was sexual in nature. Search warrants later revealed one particular suspect who was a member of in excess of two hundred groups on Kik, all with the sole intent of sharing illegal content.

Kik has been in the process of fundraising in hopes of raising over one hundred million dollars, much of which it intends to put towards the safety of children that utilize the platform. 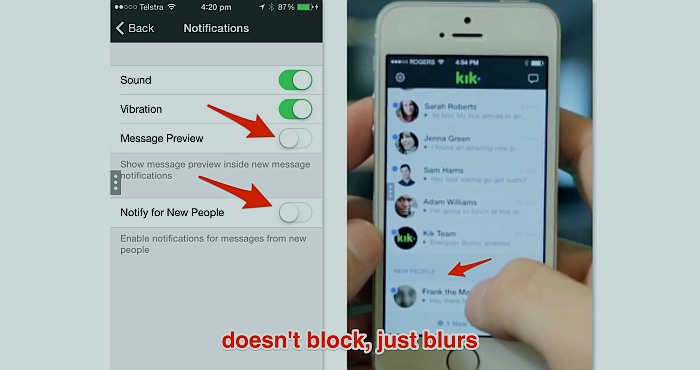