Facebook Messenger for Apple Watch that would let you share things like stickers, likes, and voice clips according to the app listing, right from your Apple Watch has finally been launched. This development was made public in September, during Apple’s keynote. Once you have updated to watchOS 2, you can benefit from this new development.

It is now true and real that Facebook Messenger has today been updated to work with the newly launched Apple Watch, just as promised at the September event of Apple. With this update, your conversations and Messenger contacts will now become visible directly in the native search results of iPhone.

Facebook Messenger has been updated to support the multitasking features of the iPad in iOS 9. As a result, you can now keep conversation going even when you are browsing the web or watching a movie. The newest version of Messenger is now available in the App Store.

Although the Apple Watch is having relatively small user base at present, being there is quite essential to Facebook. This is because Apple Watch draws you closer to the Facebook ecosystem each time a friend messages you from Facebook Messenger. On the other hand, it pulls you further away each time they text you from SMS or another app different from WhatsApp. 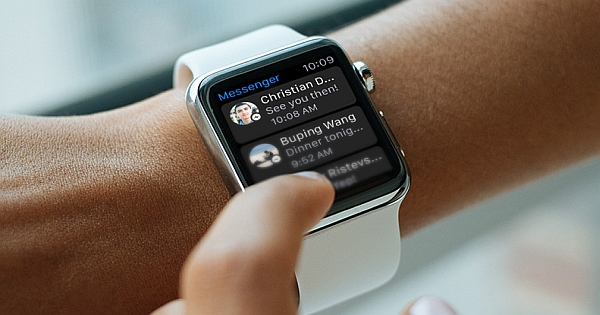