WeChat Messenger no longer tells Users for censoring their Messages

WeChat Messenger no longer tells Users for censoring their Messages

The WeChat, which is the most famous messaging app of China, has stopped informing its users about censoring their messages in a single move which leads to big erosion in the privacy, as per the report from Citizen Lab shows.

Tencent, which operates WeChat Messenger, has always done censorship for its users in various forms – which is an inevitable portion of functioning the famous online service in China – however, at some moment in the recent years, it decided to inform users about when their messages are censored. In the past few years, the app sends the notification to the user if a message which users want to send is not delivered because it may contain some controversial material like references of free speech or the anything abusive. Presently, the censored stuff is simply prevented to get delivered without sending any notification to the sender.

As you can expect that WeChat’s censorship is highly strong in China. One of the reports has revealed that the app can track the keywords on the country’s user base and can block the links from loading by using the browsers.

So, one of the most amazing aspects of the WeChat’s censorship technology is that it can follow its users to check the links all across the world. This means that if can account is linked with the Chinese phone number, then it will continue to address the state’s censorship even if it is used in any part of the world or if it gets linked to any foreign phone number.

Thus, in actual, the WeChat’s Chinese users have got something which sticks for the lifetime. This shows that traveling for studies, students may go to the foreign land or the people who leave China for business purposes, remain inside the boundaries of county talking in term of the censorships program.

We’re thrilled to say we now have over 889M monthly active users around the world. Thank you to everyone who connects through WeChat! ? pic.twitter.com/egf90am1HB

Tencent doesn’t offer any guide on how many foreign users WeChat Messenger owns but the mass of them is likely to belong to China, where WeChat is evaluated to cover for one-third of the user’s total time spent online. Keeping this in view, the Citizen Lab has found that the censorship programs of WeChat is highly sharp and is trending particularly in the group conversations as the most famous social media tool. It further found that the keyword based censorship is much active in the group chats, which are used for spreading the information all across the users. 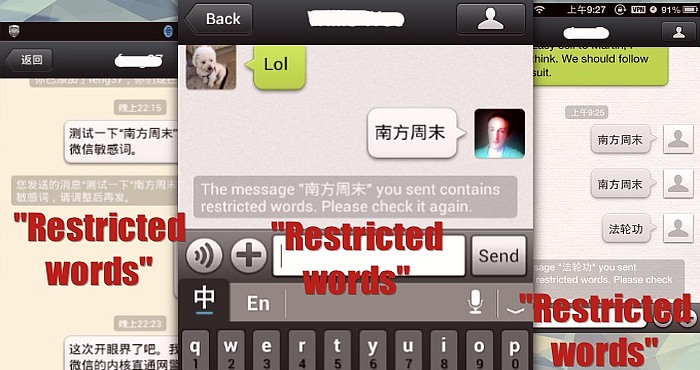